Quickly know and start to use Yeoman.

Yeoman is code generator ecosystem. Yeoman take care of generators and use generators to scaffold a project, especially but not limited to web application project. Yeoman generators will create basic code structure with best practices.

Generally, the Yeoman workflow comprises three types of tools: the scaffolding tool (yo), the build tool (such as Webpack, Gulp, Grunt) and the package manager, for example, npm and Bower.

First of all, make sure you have node.js installed.

Yeoman will run Yeoman Doctor automatically at the end of installing to check status of your node.js environment. 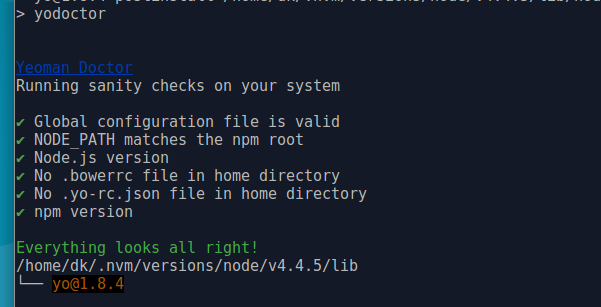 Check the version of your current Yeoman installed:

After a fresh installation, there are no generators available. Yeoman prompt gives you an option to install a generator.

A Generator defines what and how to generate using APIs provided by Yeoman.

There are two ways to find a generator.

The first way is yo command line. Select the option Install a generator after executing yo command then you will get an interactive prompting with message: Search npm for generators:. Input your generator keyword and then choose your generator from search results to install.

The second place to find a generator is Yeoman website. Search your generator there and then just install it following document of the generator.

If your installing is successful, the installed generators will be listed in yo command prompt.

Yeoman will call the generator-angular generator in above command to scaffold an Angular project. 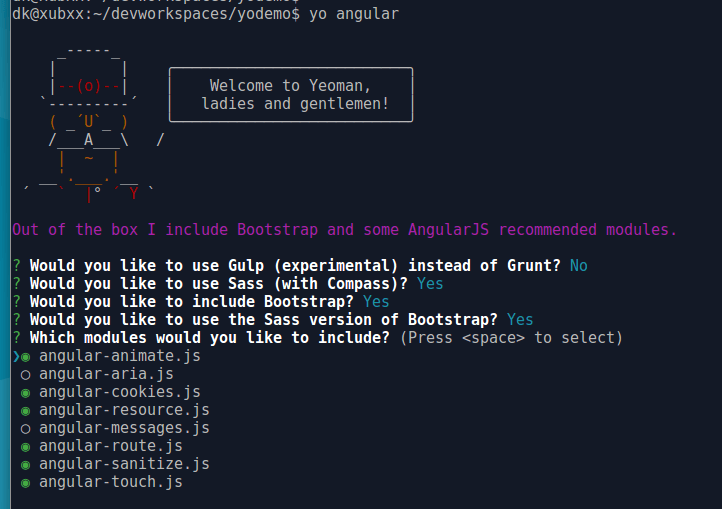 Choose your options and press Enter key, then code structure and files of an Angular project will be generated. 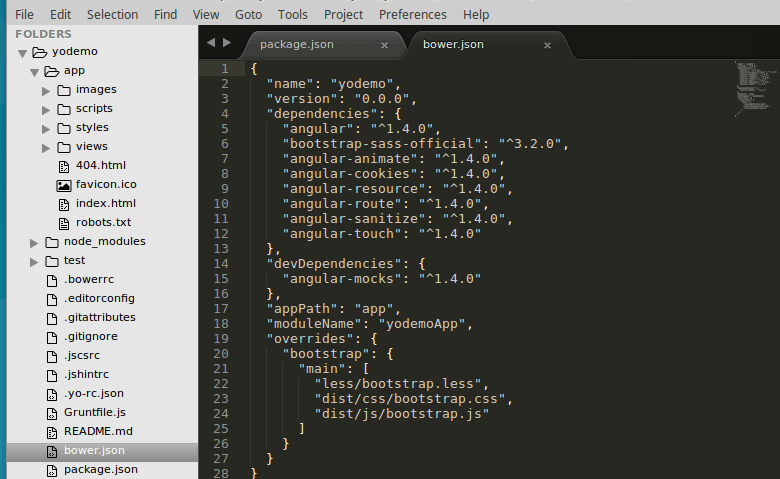 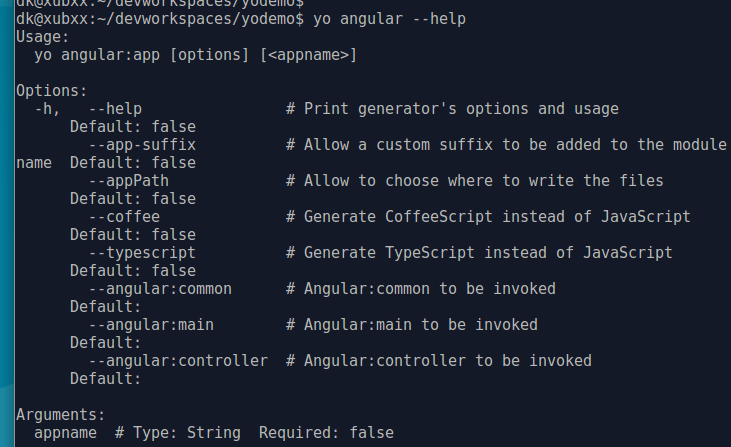 It seems that we can generate a Angular controller by command: yo angular:controller CONTROLLER_NAME. 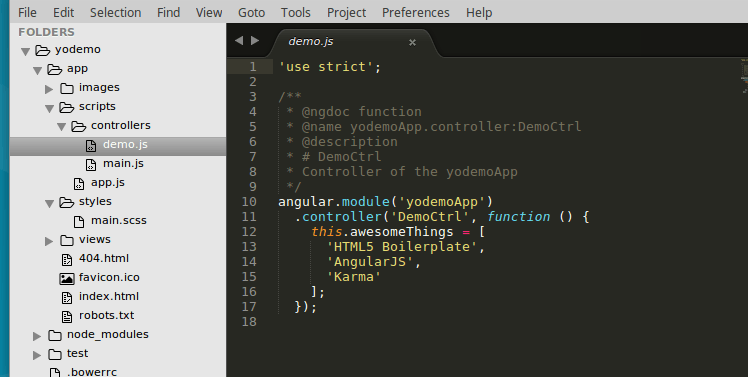 Yep! A new controller file has been generated!